— Encounter the roots of Postal service in Japan

Meet the charm of the  Postal Museum

I’ve just visited the “Postal Museum” in Kitasenju, Tokyo, near the Tokyo 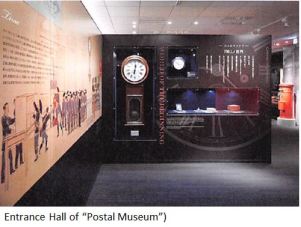 Sky Tree Town recently. The exhibits of the museum have extensively shown about the situation of postal services of old and new in Japan. It is said that the modern postal system is regarded as a core infrastructure for exchanging mutual communication in our society. In the case of Japan, the postal system was launched in 1871 by adopting the Western postal system. Since 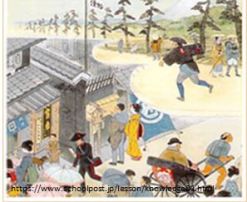 then, it has been developing the way of services in many types of postal activities during 150 years. This visit was a really worth to know on the history of communication and social infrastructure that forms a backbone of the modern society, such as the exchange letters and documents, dissemination of information, promotion of  people’s mutual communication. This is the description on the outline of my impression at the time of visit.

♣ History of Japanese Postal System looked in the Museum

in Japan to the eight century of “Rituryou” period (8or9 c) by establishing the “Message Relay Depot”(Ekisei; 駅制) in the major network roads for sending government order.

In the Kamakura period (13c), the customs of sending and receiving letter was begun to exchange strategic information by hand of the horse ride Samurai’s “Hikyaku” (Message sender; literally means “Flying Foot”), and it had later developed into the “Hikyaku” system in the Edo

period, not only for Samurai but also among merchants and ordinary people. This had organized individual services of exchanging letters and messages. However, the cost was quite high and delivery time was long and sporadic, then the users were very much limited.

established in Japan. Japan’s modern postal system was launched in 1870 with the introduction of the postal system of Western Europe. This system was proposed by Maejima Hisoka, Meiji government officer, to respond the needs of expanding social communication and also to advance modernization of industry.

And in April 1871, a “Postal Office” was opened in Tokyo, Kyoto and Osaka. So this time the Japanese modern postal system was formally established. This system was quite revolutionary feature at that time, because it had handled

massive letters with systematic way in the fairly affordable cost. It was quite contrary with system that sending and receiving letters were relying on individual-based services like Hikyaku systems.

In the building of this delivery network, the “Nanushi” farmers, who had been the strong leader of the rural community in the Edo era, contributed a lot with offering his home as “postal service” spots. This is said to be a quite unique in Japan which effectively applied the federal social order to the new modernizing society. As a result,

the installation of the “post office” was exceeded 1000 places, and the postal network scale became nationwide.

On the other hand, the “postal stamp” was born for the first time in Japan, and the mail “Post” was installed around wide area at this time as well. Through these measures,

the modern postal service was quickly advanced. For instance, under the system, people purchase a postage stamp, stick it on the letter face, post to the post, then in the end the mail is going to the designated address. This is a familiar method today, but it was a really revolutionary at that time.

By the way, this system is based on the “a nationwide flat rate system” in England in the 1840s. Maejima had learned of this, and introduced it to Japan soon as a Japanese style of postal service network. Therefore, Maejima is now called “Father of Japan Post”.        The process of advancing to this postal system as well as the contributions of Maejima are exhibited explicitly in the “Postal Museum”, Additionally, the Japan’s first stamp, named “Ryumon stamp”, is displayed nearby them.

♣  Transition of mail posts and delivery system in the exhibition

major displays. When looking at the history of postal activity, one of the reasons why sending letters was

familiar with people of the Meiji era could be the Posts which installed on the various spots near the neighboring town. The convenience of “posting” a letter to the post has encouraged the postal use, which allowed the cost down and the expansion of system itself by massive handling.

design of posts. It would be joyful to see this successive real post in the museum.

In the meanwhile, it is also interesting to observe the changing means and tools

regarding postal handling, sorting and delivery. Along with the development of transportation systems, the method of “mail delivery” has been dramatically changing from the Meiji era to now. This transition is exhibited well in the museum by using many models and real goods. You can see how the postal system has been evolved there in the exhibition.

For the example, the changes from the primitive manpower loading to the horse carriage, the automobile carrier carriage, the truck loading mail and so on. The costumes of the postal delivery workers,

their bags and tools, etc. are all reflects the change of the times. Also, the transformation of familiar appliances, such as postal sorting tools, postal measuring instruments, postmark stamps, etc., are also fun and enjoyable.
They are interesting exhibitions to see how the postal system has been advancing since the Meiji to now.

♣  Attractiveness of Postal Stamp collection in the Museum

Stamps” that counts over 330,000 units collected from around the globe besides Japanese examples. There vertical-drawer type shelves are installed in the wide 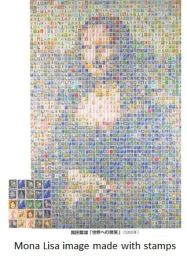 exhibition zones, and the precious stamps are displayed here and there, such as stamps from North America, Europe, Latin America, Africa and Oceania. When I’ve just happened to open the several shelves, then, the precious stamps illustrating historical figures, sceneries of various countries, rare animals and plants were crammed there. I realized again that the world is really diverse, but also it connected by means of various postal services and other communication tools.

Here we can see the various tools related to Japanese “Tegami”

letters and the history of the customs of writing letters themselves. There found many rare and valuable exhibits displyed, such as special letter boxes “Jobako” with lacquered lacquer in the Edo era, portable writing tools “Yadate”, “Suzuri” inkstone cases with artistic design, “station bell” anciently used, and other goods. 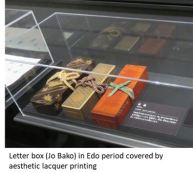 The many types and forms of letter were exhibited in the museum too. They also conveyed the history of the way of communication among people and reflecting social changes which have experienced the

various fates. Such as the birth of postcard,, telegram, picture envelopes and memorial postcards, New Year’s cards, etc. There exhibited the samples of “Military mail” that were used for the communication between soldiers and their families during the war too. Exchange postal mail looked mirror the social dynamism and painful experience as well as cultural environment from time to time.

♣  Exhibition of the transition of communication means

The exhibition section of communication tools and facility is also fascinating. At the

museum, abundant of equipment that indicates the development of postal related technology. Particularly tools and facilities convey the records on the dawn period of development of Japanese

telecommunications in the Meiji.

There, we can see the Embossing Morse Telegraph (1854) brought by Admiral Perry of the United States, the Breguet finger-phone telegraph (1869), the mock model of “Elektel” produced by the Hiraga Gennai (1776).

In addition to these exhibitions, many paintings, photographs, posters, literature, etc. are displayed there which relate to the mail and communication in the Edo and Meiji, Taisho, and Showa (18c -20c).  So that, we can see there, not only the mail maters, but also the ways of people’s communication, the social life and cultural situation of the time..

♣  Remarks after the museum visit

Since the sending and receiving letters and parcels are now quite common in our daily life. However, we are hardly aware of what sort of social meaning

embraced in it, and what kind of historical background were hided there. In that sense, this “Postal Museum” reminds us well about the social communication and its deep meaning. And it gives an idea on the total function of postal services in our society.
However, the major players of communication are rapidly shifting to the wireless and

the internet connection in addition of development telephone services. Nevertheless, the exchange of letters and postcards are still prominent as communication tools, and the importance of mail is never losing. Furthermore the network of “post offices” deployed nationwide is still indispensable for daily life for local people through the services of 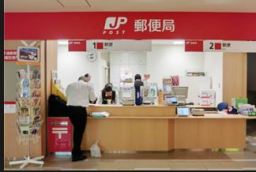 sending letters and parcels. and even small banking functions too.
Now the “Postal Office” is transformed into the “JP Post Group”, and the postal service is becoming handled by “Japan Post” as one of their functions. It is really interesting thing where this “Post” service will be going and how transform its under the new organization.
So, this time of visit is a valuable for me when thinking about the people’s communication systems, social functions of postage in history, cultural value of writing letters, and the style of social networking relating postal services, and so on.