The “Tomioka Silk Mill”, located in Gunma, Japan, together with other related facilities, has been designated a World Industrial Heritage ruins of UNESCO in 2014. The author has visited this “Silk Mill” again in the last year, because I was already familiar with this mill since my young age, and wanted to see again the current figures of the facilities after pointed the World Heritage. By my visit of Mill, I could recognize again how it’s a really valuable facility and contributed to the industrial modernization of Japan in the early time. Then I decided to introduce this historical site for worldwide people in my humble Homepage. The following is the brief introduction of the facility.
The detail will be found in the following Web Site.
https://igsforum.wordpress.com/industrial-heritage/

Tomioka Silk Mill (TSM) is a large-scale mill complex which facilitated the first model machine silk-reeling mill built by the Meiji government.       It was a pioneer in the modernization of Japanese industry and significantly contributed to the improvement of the silk industry in Japan.

Outline of Tomioka Silk Mill (TSM) as a Industrial Heritage

How the Tomioka Mill has been created, and who are contributed to the operation.
The Meiji government commissioned a French man, Paul Brunat, to set up Tomioka Silk Mill. Brunat chose Tomioka for the construction of a mill complex and employed several French engineers and instructors. The silkreeling machines were all imported from France and adopted for Japanese women who are smaller height than French.
Junchu Odaka, a government officer involved in the project from the outset, played an important role in selecting a suitable location for building the mill complex and in arranging the supply of building materials. Later, he became the first head manager of Tomioka Silk Mill. 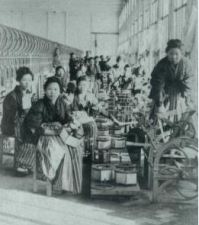 Ms Ei Wada, a daughter of a samurai, wrote her memoirs of the life of a factory girl at Tomioka Silk Mill. Later, she  went back to her home town for leading reeling technology at the Saijo Reeling factory in 1984.

Significance of Tomioka Silk Mill and its Complex 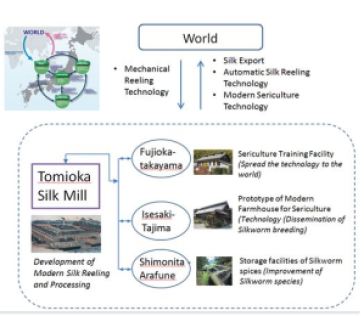 The Value of Tomioka Silk Mill and other facilities recognized by UNESCO as the World Industrial Heritage. The Tomioka’s silk contributed much to develop the modern manufacturing silk technologies in the world, not only in Japan.

Function of Tomioka Silk Mill
1.- A factory established by the national government that remains as a complete ensemble together with manufacturing facilities
2.- The first full-scale raw silk factory introducing mechanical-reeling technology from France
3.- Became a model factory for advanced silk-reeling in Japan and raised the country’s industry to the world’s top level
4.- Place for development and dissemination of improved species of silkworms
5.- Early examples of factory architecture merging Western technology with traditional Japanese technology 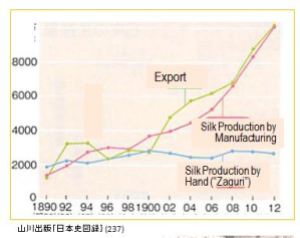 Tomioka Silk Mill has been evolving even under the privatization in 1900 and still shared the leading role of silk industries even after the world war II until 1980s.

Brief History of Tomioka Mill under the privatized management 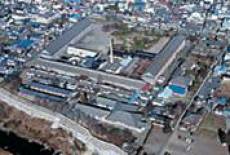 Tomioka Mill has stopped operation, but after the designation of UNESCO’s World Heritage status many visitors are visiting there and  appreciated the facilities as a memorable historical site. 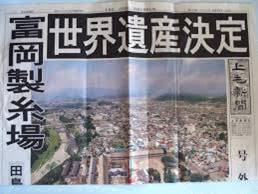 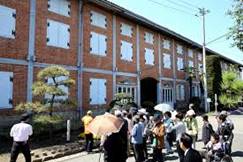