Posted on November 6, 2016 by kunioigusa

Explore the modern Industrial technology in the museum of Chiba
千葉県立現代産業技術館を訪問して

I visited the “Chiba Museum of Science and Industry” located in the Ichikawa City, Chiba, which is introducing the latest science & technology and the industrial development, particularly in the metropolitan area of 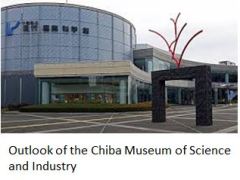 Chiba. The museum was established in 1992. It exhibits various scientific goods and devices related recent achievement of technology in the field of petrochemical, iron & and steel, and electric industries. It is said that more than five million visitors have already visited since its launching. This report is my short description on my visit. (refer to Guide to Museum: Chiba Museum of Science )

If you want to access to the Museum information, it is available by
http://www.chiba-muse.or.jp/SCIENCE/

The museum’s main aim was “The museum is established to 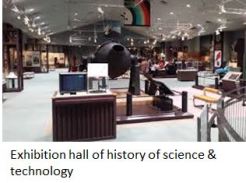 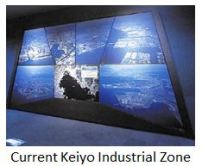 However, it is also extensively introducing about the basic contents of science
and technology from the global perspectives. The significance is that quite a number of exhibits among them are the real products and facilities which had been actually used in the companies around the Keiyo Industrial Zone, Chiba. And the museum is providing many scientific facilities of experiments by visitors.

The exhibitions were roughly divided into four sections. That is “”History of modern
industry”, “Invitation of advanced technology”, and “”Creation Park” which equipped with experimental equipment.
Let’s examine the exhibition corner individually.

♣  History Corner of the Modern Industry 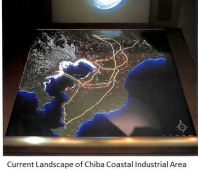 industry and technology. Near the entrance, the display panel was placed illustrating the evolution “Keiyo Industrial Zone” of Chiba, such as how this industrial zone was created and why the 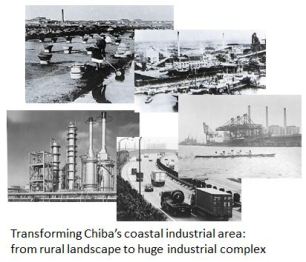 major companies in the steel, petrochemical, and electric industries were collectively established in this area. The video and photos were also posted there to depict the changing landscape of the coastal area in the Tokyo bay, and showed the figure of transforming the land to the huge industrial complex after the War.. These pictures looked symbolizing the process of industrial development and technology advancement in Japan as a hole.

The next was interesting exhibition. There it has explained the development story of

global science and technology in the field of electric, petrochemical and iron and steel. The exhibition describes the
long process of the electrical science development from the early

time to the modern power generation, the petroleum development from rudimentary use to the sophisticated petrochemical technology, and the evolution of iron mill systems from ancient times to the current advanced steel mills systems. We could learn a lot about the foundation of industry by observing them

The introduction of electric power section was eye-catching. There many electric 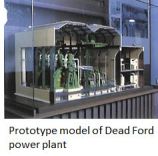 devices and facilities were displayed, such as the huge turbine rotor which has been actually used in the Chiba thermal power plant No.3, the prototype model of Dead Ford power plant, the mock-up 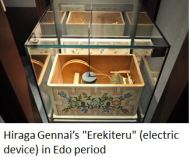 “Erekiteru” (electric device) which was firstly made in Japan by Hiraga Gennai（平賀源内）in the Edo period. The exhibition of the current power generation systems, and transmission systems, the wind power 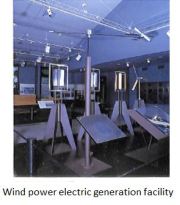 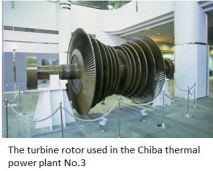 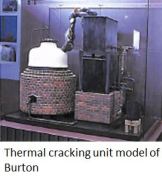 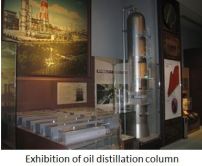 In the oil industry section, we could observe the thermal cracking unit model of Burton, the mock up model of petroleum “distillation column” that has been used in the Chiba petrochemical industrial complex, the diorama model of the petrochemical plant and others.

In the exhibition, there were the gigantic tithe model of the No.1 blast furnace of

Kawasaki Steel (current JFE Steel) which has made a memorable record in the steel industry in Japan., the half size 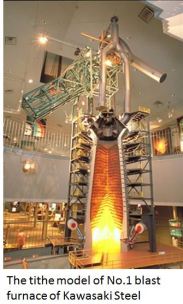 model of Besema iron converter, these two were tremendous exhibition. Above all, the exhibition of the model of a blast furnace first of Kawasaki Steel was spectacular.

Further, the  as centerpiece exhibition of the machinery 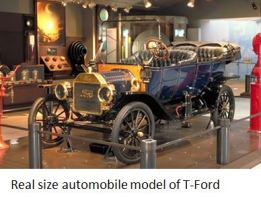 industry in the museum, we would see the full-scale train model of Siemens, which is said to be the world’s first train, the real size automobile model of T-Ford, and F-3000 racing

Actually these exhibitions were mostly just a model, but by

seeing these exhibits and reading the commentary, the visitors
could learn much about how these modern petro and iron industries have been formed, the way of technological development and structure of these industries, as well as scientific principles supporting these industrial technologies.

This section was introducing the advanced technology  creating extreme conditions like 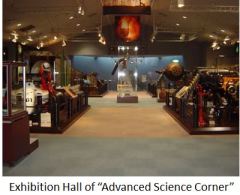 technology to produce new materials, such as superconductor materials, which can be applied to the electronics, chemical industries and other many purposes. These new materials can be produced under these extreme environments.

<New materials for industrial use>

At the new physical material corner, the several new materials were displayed, such as

special metals, ceramics, glasses, and synthetic resin which were used for the 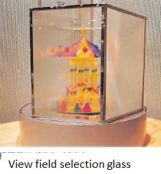 medical use and space ships and others. By visiting these exhibits, the visitors might realize what sort of

scientific challenges are now undergoing in this field, and what kind of benefits we can enjoy as a result.

Electronics seems to be our most familiar areas. The museum deliberately displayed the various electronics products, such as integrated circuits and other basic devices on which communication, electronic and electrical 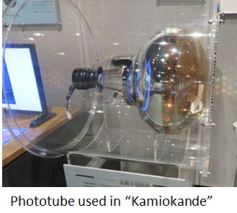 systems are built up. It was attached the brief explanations about the related scientific affairs and its way of applications. Among others, the famous opto-electronic devices “Kamiokande” is exhibited there, by which Professor Koshiba have won the Nobel Prize in Physics in 2007. Visitors have looked very much delighted seeing this real device in the exhibit.

However, the exhibition attracted me was the biotechnology section. There, the 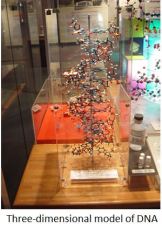 dimensional model of DNA, fusion cell, technology of generic recombination, and other biological technology were introduced with easy- to-understand commentary. .Exhibition of the global environment and advanced technology was also attractive. These are only model rather than the real thing and these lined-ups will  really give us impression  how extensively these evolution of technology in this field have been going.

was significant one in this museum. It explains the scientific phenomena

with practical performance of practice and experiment. For example, the phenomenon caused by the ultra-low temperature and ultra-vacuum state which could be hardly observed in a usual manner, and the changing shape of nitrogen and carbon by the ultra-high pressure and vacuum, and other materials transforming.

♣  Exhibition of creation in the Open Space

The “Creation of Square” was a unique space of the  “experience-participatory” activity where visitors could experience a variety of scientific phenomena by their own eye. For instance, the movement of wind

power, water wave, electromagnetic force, physical impact and others will be experienced by using equipment provided there. These were facilitating to make them experience and promote understanding about the scientific principles behind the natural observable scene. 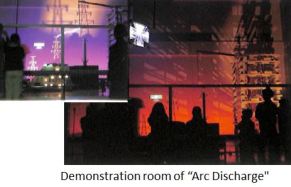 too. We could experience of the thunder like lighting, such as “creeping discharge” over the glass surface and the lightning phenomena just right in front of us. It was spectacular to see the blight beam and thunder sound generated by this specific arc discharge. The museum provides many educational facilities too, such as science classroom, lecture space for children, the video hall, and library. These all are unmistakably wonderful educational facilities for everyone.

This Science Museum is said to be made by the fully cooperation of the companies located in the Keiyo industrial Zone“, and emerged as a unique science education facility in this area to cover wide range of scientific knowledge,

particularly in the field of steel, petrochemical, and electric powers for the people who are interest in the science and industry.beyond the Chiba region. It would surely give us a precious opportunity to learn about the origins of current science and technology, regarding in the field of machinery and tools, variety medical equipment, and the development of industrial technology of Japan as a whole.   I felt that it is a quite valuable public industrial museum of Chiba describing lively figures of modern industrial science and technology with global perspectives.